The Rise of the Digital Ambassador

The Task Force in El Paso built momentum for the campaign by slowly revealing the campaign’s message on outdoor billboards throughout the city with the official unveiling of the full message at a press conference and public rally.

am•bas•sa•dor  (Noun)  A person who acts as a representative or promoter of a specified activity.

Chambers of commerce and economic development groups have managed “ambassador” programs for the past fifty years. The aim is to arm local executives with a community’s key selling points and then encourage them to “talk up the home town” in their business and personal travels. The approach makes terrific sense. “Dialogue with industry peers” has consistently ranked as the most important source of information influencing an executive’s perceptions of an area’s business climate.

But the dramatic growth of social media as a communications medium has led to a remarkable opportunity for economic development groups seeking to tell their story via a new breed of messenger: the “digital ambassador.”

“In social media, digital ambassadors can reach far more people than they can face-to-face, and they can do so with a level of immediacy, relevancy and trust that builds relationships,” said Jay Baer, social strategy consultant and author of “Youtility: Why Smart Marketing is About Help not Hype.”

In El Paso, Texas, the city’s Image Task Force, which is comprised of 50 civic, business and community leaders, invited local residents to join its newly-formed Digital Ambassadors Program and share good news about the region. Within one week, over 1,000 citizens had signed on to share the latest El Paso developments with their own social media networks.

Residents who sign up earn points for promoting the region on Twitter, Facebook or LinkedIn. The top producers earn recognition (and even prizes) for their contributions.  May’s winners collected tickets to the Neon Desert Music Festival, while the June giveaway is tickets to the Downtown Street Festival.

The task force built momentum for the campaign by slowly revealing the campaign’s message on billboards throughout the city, with the official unveiling of the full message at a press conference and public rally.

“We really wanted our program to be open to all El Pasoans to get them excited about living in our great city,” said William Blaziek, general manager of the El Paso Convention & Visitors Bureau.  “It’s been an amazing experience.”

While El Paso focused on rallying the entire community to get behind its message, the digital ambassadors program for the Metro Denver Economic Development Corporation is designed to engage the region’s socially savvy entrepreneurs and executives. Dubbed the MetroDenver E-Force, the campaign relies on its “digital agents” to share information with their professional networks.

“We launched the Metro Denver E-Force at our annual investor meeting in 2012 and a majority of our agents came from that initial push,” said Janet Fritz, director of marketing at the Metro Denver EDC. “Our goal was to offer business leaders, who are always looking for ways to promote our region, just one more opportunity to help get our message out to their peers.”

And while Metro Denver hasn’t added in the “gamification” aspect to its ambassador program like El Paso, the organization does randomly reward ambassadors for participation by sending out $20 branded credit cards.

As of today, there are more than 130 Metro Denver Digital Agents who receive content at least three times a month to share on their social media networks. The content is housed on the Metro Denver EDC’s blog and takes an in-depth look at reasons why Metro Denver fares well in national rankings and highlights key economic insights.

“With a digital ambassadors program, the key is to make sure the content you are sending is content they want to share,” Fritz said. “Venture capital growth, entrepreneurial activity and headquarters moves to our region are examples of some of the topics that seem to find a receptive audience.”

Denver is currently planning a second phase of its ambassador campaign to encourage more ambassadors to sign up at business networking events. Local online ads and local media relations will draw greater attention to the program.

Both Denver and El Paso use sophisticated tracking software to monitor ambassador activity and to push out content. The Metro Orlando Economic Development Commission, however, turned to guerrilla marketing techniques to engage people who are passionate about their local economy.

It started with a meeting of the minds of more than 40 public relations professionals who worked in companies throughout the region. It was here that the the Metro Orlando EDC asked its partners to use the #WhyOrlando hashtag when sharing positive news about Metro Orlando’s economy on their social media networks.

After the initial meeting, the Metro Orlando EDC began sending weekly e-newsletters highlighting news of interest to the region.

“We want our partners to have an in-depth understanding of what’s happening across the region so that if a reporter calls to talk to them, they can help tie in other trends that might be happening and create a larger story,” said Jennifer Wakefield, vice president, marketing and communications at the Metro Orlando EDC. “It really is about empowering and equipping them with knowledge.”

Wakefield added that the Metro Orlando EDC has expanded its network of partners to include local bloggers and industry professionals by scheduling one-on-one meetings and hosting networking events.

Instinctively, economic developers understand that there is nothing more powerful than word-of-mouth marketing. But it has been next to impossible to track this activity.

Yet with digital ambassador campaigns, EDOs can measure engagement. Both Metro Denver and El Paso use a real-time dashboard that highlights the number of ambassadors they currently have, how many links are shared and clicked on, and the amount of traffic driven back to their websites. In the past year, Denver has sent out 39 stories that drove more than 15,000 unique visitors back to the Metro Denver EDC website.

“The great thing about these programs and social word of mouth is that it is inherently measurable,” said social strategy consultant Baer. “If you want to know which tweets from which ambassadors generated the most clicks and downloads, that is information that is imminently knowable, which leads to more efficient economic development marketing and communications.” 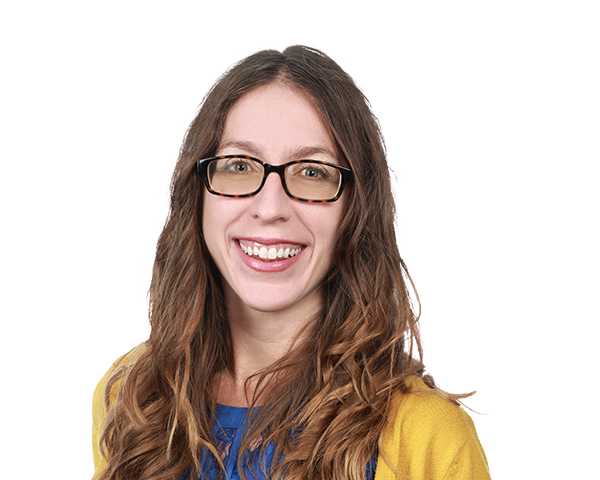 Susan Brake is Vice President at DCI overseeing the digital media strategy for all the firm's economic development clients. Since joining the company, she has effectively leveraged traditional and social media tactics to reach target audiences for her clients large and small.