A View from The Economic Development Profession’s Front Lines

In 2015, an estimated 5,400 business location decisions were announced in the United States, accounting for more than $166 billion of capital investment and more than 402,000 new and retained jobs, according to the 2016 edition of Ernst & Young’s “U.S. Investment Monitor”.

Capturing an increasing share of these projects is the charge of nearly every economic development organization (EDO) and is often the benchmark against which the success of the organization and its leadership is measured. However, developing a continuous pipeline of qualified leads, and ultimately winning more projects, is a never-ending challenge for even the most experienced economic development professionals.

Development Counsellors International conducted an online survey over a two-week period in August, 2016 of EDOs representing the largest regions and cities, (populations over 200,000) across the U.S. to collect the latest information on how EDOs are approaching their lead generation activities and filling their prospect pipelines. A total of 24 responses were received with 70% representing cities/regions with populations of more than 500,000. We sincerely appreciate the time and effort that these organizations took to answer the detailed questionnaire.

Among the questions asked:

The results show how the lead generation landscape is changing and how EDOs are reacting to these changes. The tools and strategies that were previously used to keep project pipelines full – while not obsolete – may not be as effective as previously believed or are being replaced with more effective strategies. EDOs are always under scrutiny to demonstrate a return on investment and while not abandoning traditional methods of lead generation are focusing on long term relationships with prospects identified through more strategic and targeted research. 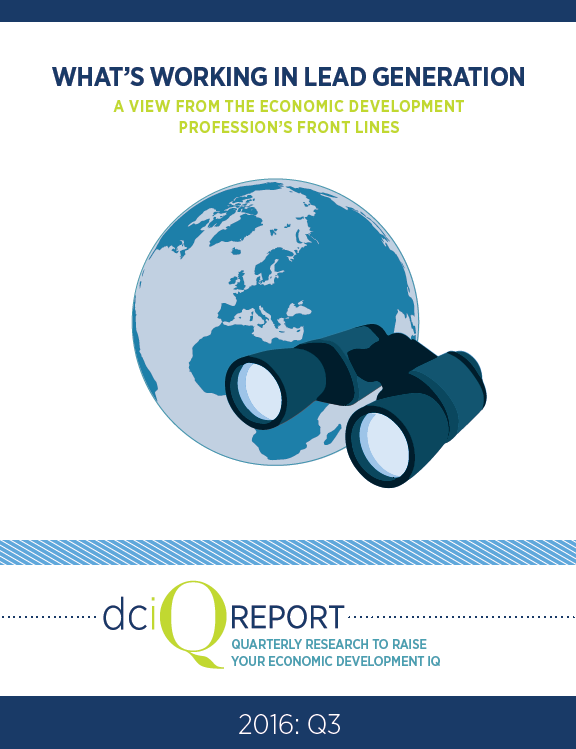 Learn how the lead generation landscape is changing and how economic developers are reacting.