Steps away from Copenhagen’s iconic statue, “The Little Mermaid,” which is based on the fairy tale by Danish author Hans Christian Anderson and inspired Disney’s classic movie with the same name, I was similarly inspired by a full day of presentations by place makers from around the globe at the Nordic Place Branding Conference in early March 2018. Here are five key takeaways:

1. Small Places Can Do Big Things: When kite surfer Erik Ruth first visited the white sandy beaches of Varberg and Halland on the northwestern coast of Sweden, he fell in love with the coastal culture and stayed. He got involved, started an organization called Nordic Surfers and began working on a concept to attract visitors to a summer festival that eventually became known as Hallifornia to capitalize on its California vibe. The free three-day festival of street, water and action sports now attracts 40,000 visitors and has mushroomed to include “Hallispirit” for yoga lovers and “Silicon Halli” where “doers and believers” can test their ideas on festival goers. Done a shoestring, Hallifornia’s video and other creative place marketing strategies are pretty darn cool. 2. Tiny Places Can Do Big Things Too: Equally powerful is what has unfolded on Traena, a tiny island in the middle of the Norwegian Sea with a population of only 456 people. Although the Traena Music Festival was drawing plenty of visitors to the remote location each summer, newly hired Moa Bjornson, Head of Development for Traena & Arctic Svalbard, asked herself, “What about the other 360 days of the year?” She launched an edgy campaign to utilize sleek “empty houses” to offer free housing to attract artists, businesses and chefs to test the island and received more than 200 applications from around the world. An award-winning seaweed company, an urban lighting pilot project by Osram and a new sauna in an old boathouse are some of the early wins of the program, which is also looking into a collaboration with the School of Visual Arts in New York on its hunt for a “non-urban” locale for students to work. Determined to attract people to Traena in the “rough season,” Bjornson declared, “You need to reframe the possibilities. You can either be a victim or you can do something about it.” 3. Big Places Can Do Small Things: Barcelona Global, a private organization funded by 100 of the city’s leading companies, research universities, professionals and “ambassadors” living outside of Spain, hosts an annual “Hola Barcelona” cocktail party each fall to extend a warm welcome to college students from far and near. According to Mateus Hernandez, Director of Barcelona Global, the big Latin networking event for about 1,500 people doesn’t cost a lot to host, but it makes a big impact on potential talent. 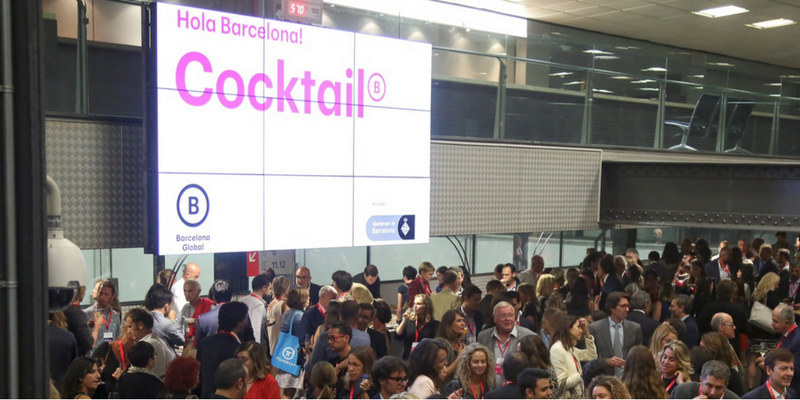 4. Photos Do Matter (and do listen to your Interns!): It took the fresh perspective of an intern from George Washington University in the U.S. for Visit Greenland – which promotes the biggest island on earth as a travel destination – to embrace the fact that “nature rules” in this northernmost Nordic country. The intern had seen a cool photo of the airport during a raging snow storm and encouraged the organization to rethink some of its predictable photos of “sunny skies, girls in cultural costumes and puppies.”

According to Lykke Geisler Yakaboylu, Acting Directorof Visit Greenland, the organization commissioned a series of photos that more authentically depicted the “Pioneering People and Powerful Nature” of Greenland. These photos were more “rough, real and remote” than the “tired” old images they had been using.  They then shared the new photos far and wide with tour operators and travel media to spur adventure-minded travelers to “Be a Pioneer” and visit Greenland. 5. You’ve Got to Have Guts: Helsingborg, Sweden’s 8th largest city, had what many people believed was one of country’s most beautiful tourist information centers…and then they killed it. Martin Gull, Chief Digital Officer for the city, detailed for conference attendees how his organization transitioned from bricks and mortar to a fully digital approach to interacting with visitors.

Although they had to overcome a lawsuit to do so, they started offering free Wi-Fi at the train station and replaced signs to the visitor center with signs directing visitors to the webpage. They built a Helsingborg app with augmented reality and video to get people engaged immediately. They added greeters at the train station with deep local knowledge and provided training to hotel personnel on using the app.

“It’s not always about the big bang. You’ve got to start smart and respond swiftly to users’ needs,” noted Gull. “Digitization is now our core business because you have to be part of the conversation to be relevant. You have to make brave decisions about not doing things the way they’ve always been done. You’ve got to have guts,” he said. « How to Meet With 10-20 Journalists Face to Face in One Day (Without Losing Your Mind)
“Industry Q&A” Featuring Elvi Cal, Vice President Product Development, Travel Brands »

Dariel is the Executive Vice President at Development Counsellors International and directs the Economic Development Division. Since joining DCI in 1995, she has worked for clients spanning the globe, including destinations from Maine to Miami and from New York to New Zealand.