Put On Your Happy Face: How to Use Emojis in Digital Economic Development Marketing As emoji use throughout digital messaging and social media becomes more ubiquitous, it’s no surprise that these modern hieroglyphs are becoming a language all their own, rapidly infiltrating marketing speak. But do these cartoon graphics have a place in the economic development world? Let’s take a look at the bigger digital picture:

It’s safe to say that emojis are not a waste of character space. These incredible stats lead us to ask, “Why are these characters so popular?”

A 2015 report from Bangor University found that 72 percent of 18-25 year olds said they had an easier time conveying their feelings with emojis than with word text. Also, because emojis visually represent universal emotions, this type of communication is accessible worldwide across all demographics.

Major digital messaging platforms such as Skype, Gmail, Facebook and Twitter are currently expanding their emoji offerings, lending to the evolution of this digital language and its utility. (Hello, new Facebook reactions, we’re looking at you!) Now that we’ve presented our case, here are a few ways you can use emojis in the economic development world:

Pro Tip: Emojis don’t need to be posted from a mobile device. Emoji keyboards for your desktop like this one allow your digital media manager to type the code version of an emoji into their content. Just copy and paste and, voilà, the code will populate as the illustrated version when published on Twitter.

While emojis have infiltrated brands of all kinds, we’re still seeing a slow adoption of this marketing tool in the economic development world. Here’s what emojis look like in action from some EDOs already taking the leap:

Chose Atlanta crushes on its city during Valentine’s Day 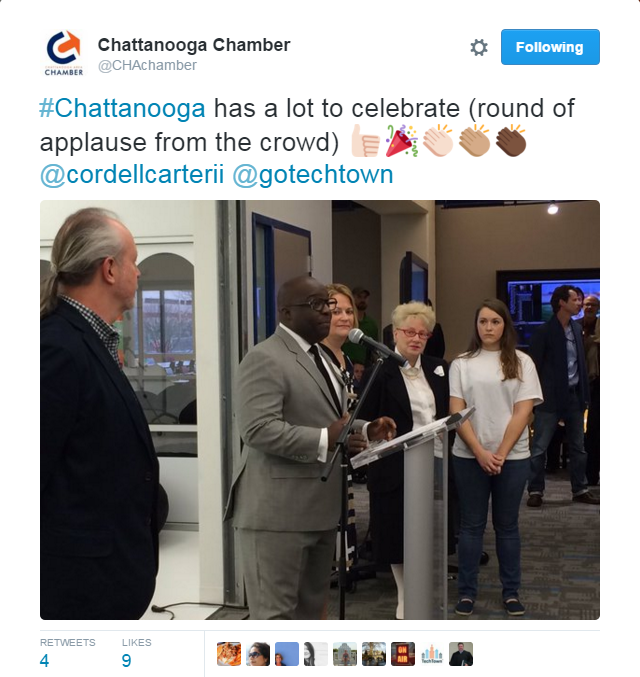 « How New Technologies Can Bring New Life to DMO Events
Three Tech Tools for Event Success: Before, During, and After »
Written By

Karleen joined DCI’s digital team and Economic Development Division in 2015. As a Account Manager and self-described “digital detective,” she lends support to DCI’s digital marketing as well has contributed to client digital projects for Colorado Springs, Northern Colorado and the State of Colorado.